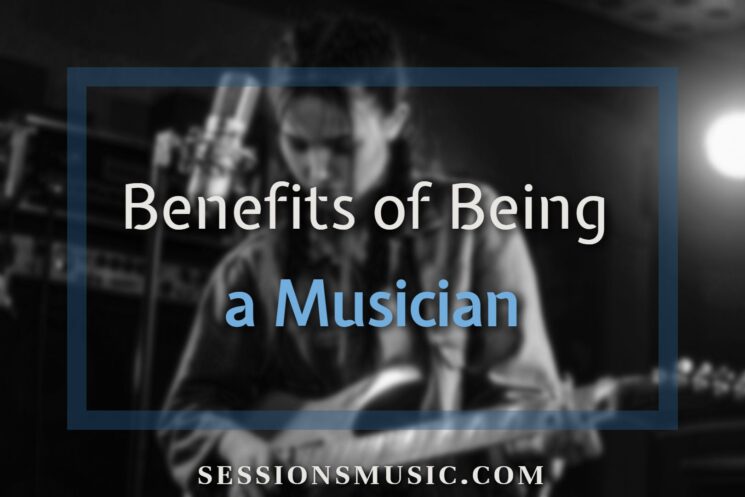 Here are some of the top benefits of being a musician.

The chief and main advantage of being a musician are that you are providing happiness to others; people listen to music when they are sad and it relaxes their minds. People listen to music when they are extremely happy like on occasions, at gatherings, and at parties, and enjoy it which fills colors of happiness in their life. The musician’s passion is to create that music that touches the hearts of the people and they get addicted to it.

There are very few musicians who know the art of creating that music that plays with the feelings and emotions of people’s minds. Creating music can be exciting for the musician as well because the musician is the one who is loyal to their field and work with honesty to provide good quality music for people to see the happiness on all their faces.

Enhances your skills of listening

So it is very clear and obvious to everyone that playing music requires good listening skills because the musicians have to listen to each and every node, it requires listening to each of the small things of the music carefully.

It depends on the music how he increases his listening skills because listening to it carefully determines where you have to correct yourself, the main thing to focus on and listen to are the pitches of music the musician has to concentrate on low and high pitches. So playing any instrument the music boosts and enhance one’s listening skills and help to stimulate the mind.

Give you a sense of achievement

All of the well-known musicians and singers are common people, the same as other human beings, but their passion for music gave them an identity and a name. Once they were nothing, nobody recognized them, but when they started music they became popular.

This is the sense of achievement that you became a known person just because of creating good music. When you just start playing an instrument or when you played music for the first time you never thought that you will become a known person but music helps you to achieve the best in life.

What you play on the musical instrument is according to your rules and you can play and create any type of music you want, in other words, you can just express your inner feelings in the form of music. Musical therapy is a known phenomenon and it releases stress.