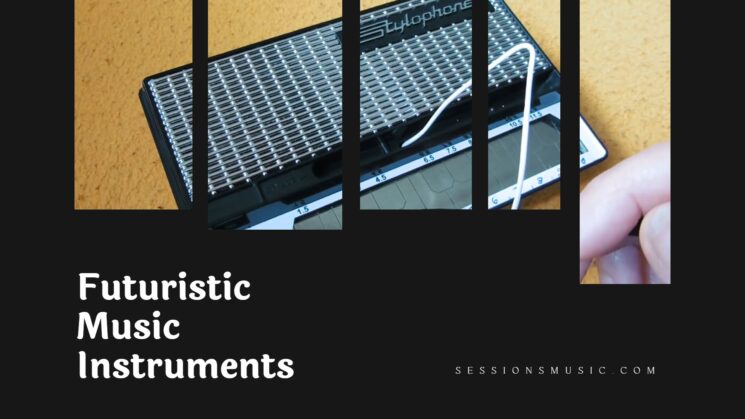 In 1931, the electric guitar was invented. At the time, the instrument was futuristic, state-of-the-art and controversial with many feeling that it had no place in the lexicon of musical instruments.

But over time, the electric guitar became a mainstay and drove musical innovation into new areas and styles. Today, we are in a renaissance of musical instrument innovation and you won’t believe what is being invented!

This new “instrument” actually relies on an old piece of technology, the tesla coil, to create music in the exact same way that lightning creates thunder. There are no amps or conventional speakers, just giant electric bolts creating unique pitches.

While conventional speakers create vibrations in a diaphragm or membrane to create sound waves, the “zeusaphone” directly creates pressure and temperature changes in the air that results in sound waves emanating from the electric bolt.

By modulating the spark output, the pitch of the tone can be accurately controlled. This instrument is beautiful to watch and extremely loud!

The Reactable (think React-Table) is a mash-up of tangible and digital interfaces to create a truly bizarre and unique music instrument. The table is a digital interface that interacts with blocks placed on it’s surface.

The blocks can represent musical samples, synthesizers, effects, and more and manipulating the blocks (by moving or twisting them) changes different attributes of the sound.

The blocks can also have different effects when used in conjunction with other blocks.

This instrument is almost as beautiful to watch as it is to hear with true attention to detail in every aspect of it. It is created by the company ReacTj.

The Eigenharp is truly an impressive instrument. It combines the functionality of a sequencer, a synthesizer, and a beat machine into an instrument that plays like a combination of a guitar and a bassoon.

With it’s 120 keys that are pressure and direction sensitive, two pressure strips, and three inputs (keyboard, mouthpiece, and tap-pad), the musical possibilities are endless.

It allows musicians to imitate any instrument while creating loops and drum beats on the fly. It is an entire orchestra in one instrument.

The Laser Harp is a pure digital interface that interprets the human player’s movements and creates sounds sound, much like a digital synthesizer. The difference is that the interface is a series of laser beams fanning outwards from a laser emitter.

With the use of special photodiode gloves worn by the musician, they can interrupt different laser beams at different places to create different sounds, even vibrato and slides!

The synthesizer than interprets that information into any potential sound that is programmed into it.

We challenge you to tell us that this isn’t insanely fun!

Science-fiction has predicted an instrument that contains a visual hologram aspect along with the musical elements. Well, the first generation of such an instrument is upon us! The holophone uses a digital interface for the user to create music while simultaneously producing a three-dimensional visual that interacts with the music.

The visual is projected on a wall and is seen in it’s full 3-d form with special glasses. This could be the first step into an entirely new world of visual/audio producing instruments! We’re officially impressed.

Also check our list of the best instruments to learn late in life.